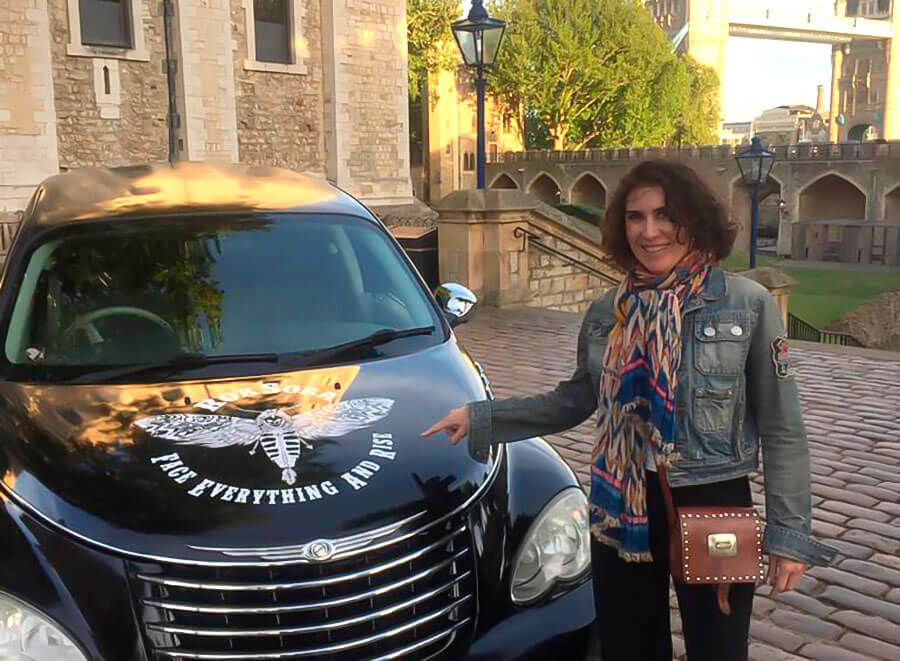 Today, I woke up with this title. It is an unusual crisp morning, more like an autumn day than the hot temperatures we are used to experience in this area, in the middle of June.

I have just opened my eyes, leaving behind a freshly baked dream. It has been so vivid and recent; I easily remember every single detail. I can understand its message with absolute clarity, it could not be more direct.

It is a mixture of characters, some from the past and others from the present; you know what I mean…It is apparently a very strange compound, created by our subconscious, aimed at bringing us some messages that somehow, our soul has asked for. A plot with our mind that our physical body manages to translate and deliver when we are ready to receive them.

Every mad with his/her own madness

In my dream I went back to one of my old houses. The house was the same, apart from a few insignificant changes.  It was full of wardrobes. Until this point, everything was amazing, a pleasure to have so many wardrobes and so much space to keep everything in order. The big surprise came when I opened one of them and discovered it was full of clothes, left or forgotten by the previous resident.  What am I going to do with all this…?

At the same time, there were some characters from my past with whom I was trying to have a coherent conversation, but they were totally ignoring me…Every mad with his/her own madness. I was talking about the clothes I found in the wardrobe, which did not belong to me, but their comments had nothing to do with it, at all.

In the middle of this havoc, apparently a massive chaos, everything had a place, a perfect order…Maybe I just needed to close my eyes for a little while and every piece of the puzzle would have fitted perfectly…And so it was, message received and I will talk about it next:

My dear, you have chosen the awakening ´s process of a constant learner and here you are!

Those clothes in the wardrobe if they do not belong to you, just give them back to the owner. Remember, your responsibility is to take the phone, get in touch with that person and let him/her know you are only responsible for your own things, meaning YOU DECISIONS and YOUR LIFE. If I have not fulfilled your EXPECTATION, I kindly let you know that I am in this world exclusively to fulfill mine.  On the other side, it would be a pity if you were to leave your belongings behind without collecting them, as it is your responsibility. I just let you know; it is your TASK AND DECISION if you want to come and get them or… not. As you can see the MESSAGE always is bidirectional, both sides are perfectly involved in the matter, and this is necessary for a MUTUAL EVOLUTION, where the requirement is that each part needs to work out his/her tasks based on his/her abilities. If we were too good hearted and took on the other person tasks, we would deprive him/her, without even being aware of it, of a great opportunity to REALIZE WHAT IS GOING ON, AWAKE AND DECIDE to change direction.

As I always say, it does not matter if we miss it, as life always puts in front of us the same challenge, over and over again, until we have learnt the lesson by heart and managed to overcome it.

It is beautiful when you know where you are. And the simple fact that one RECOGNIZES AND ACCEPTS IT, is already a great achievement.

Having reached this point, with respect and humility, I must disagree with that poem by Calderon de la Barca, where he says “ …dreams …are just dreams…”. Who knows, maybe Calderon´s intention or focus were very different from ours. I can only say that for me, dreams are DIVINE CALLS OF ATTENTION, helping us to understand and to get out from situations and roles that do not belong to us. This is a way to DREAM A NEW REALITY, starting from a clean and empty wardrobe that is waiting with illusion to be filled with YOUR BEST NEW CLOTHES.

Now, when I look inside my wardrobe I can say with total certainty, THIS IS MINE! 🧡

The game of duties

Renewing oneself is living
Scroll to top